Our clients had been envisioning and collecting ideas for their dream kitchen for the past 10 years. This once tiny 100-year-old farmhouse kitchen was renovated into a spacious country kitchen by removing walls from 3 different rooms. The original kitchen was turned into a sitting area off the kitchen, the dining and living room was converted into new kitchen space. The original log load bearing beams needed to be re-supported in the process. Insulation was added to the walls, and old knob and tube electrical wiring was updated. There were two existing doors in the front of the house, and one entrance door was removed for a better layout. The other door was replaced with a new Therma-Tru Smooth-Star® fiberglass door. The total kitchen space now measures over 400 sq ft.

A massive center island serves as the focal point of the kitchen. There’s a designated area for bar seating on one end, near the converted sitting area. Elias’s custom maple cabinetry in the Virginia Cream color was selected for the beauty of the natural wood grain. Emerstone’s Borghini Arabescato quartz was chosen for the island countertop. It conveys a bold yet subtle statement with beige and taupe veining running throughout the slab, with a rich, creamy white background.

Fabuwood’s shaker-style cabinetry in a soft grey was selected for the perimeter walls. Borghini Arabestcato quartz was selected on the perimeter countertops as well. Berenson’s traditional matte black Hearthstone pulls in three different sizes were chosen for the cabinetry. The backsplash by Garden State Tile, On the Ledge Woods, incorporates the look of interlocked thin wood boards in one cohesive panel, which creates dimension and depth. A 36” GE Café gas cooktop, CGP95362 with an optional griddle, was selected along with a Café double wall oven and upper convection microwave, CTC912P2. A white 33” Ruvati, Fiamma, Apron-Farm Style, single bowl was placed on an angle for optimal viewing from both kitchen windows. A commercial style, Luxart, ELOA with a pull-down faucet in matte black was selected for the main sink. The Traditional matte black Moen, S664BL two-handle wall mounted swing arm Pot filler is super convenient, and its design enables you to reach all stove burners to easily fill pots for quick meal preparations. A built-in folding arm retracts completely when not in use to save space.

A Stanisci wood-paneled hood vent was custom painted to match the perimeter cabinetry and installed above the cooktop. A matching maple decorative wood panel was added to the front, which coordinates with the Virginia Cream maple island cabinetry.

Dimmable LED undercabinet lighting was installed under all perimeter cabinetry and provides task lighting over counters, sinks, and prep areas. At the same time, the soft glow from under cabinet lighting is a great way to illuminate the space without the harsh glow of a powerful overhead light.

A separate designated mini bar area complete with a stainless steel bar sink, mini bar frig, and a bank of tall pantry cabinets was incorporated on the opposite side of the kitchen.

Karndean’s, color Aged, Kauri from the Van Gogh Collection #VGW51T LVT was installed in the entire area of the new renovation. It faithfully recreates the appearance of a warm brown reclaimed timber, with intricate knot and grain details adding character and realism. 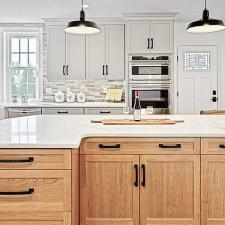 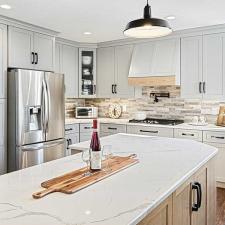 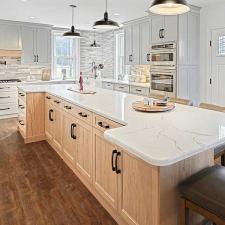 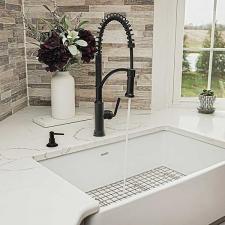 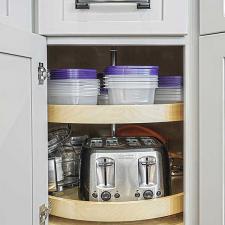 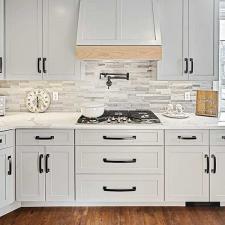 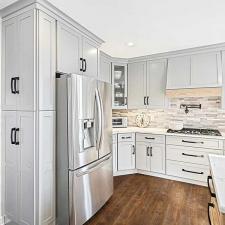 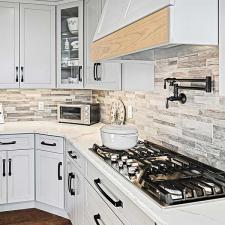 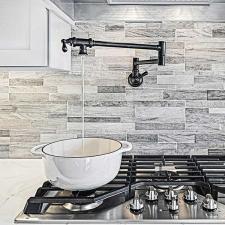 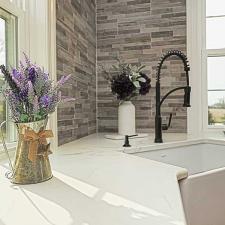 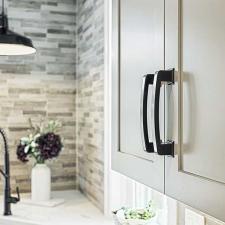 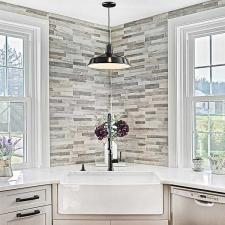 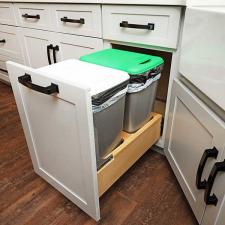 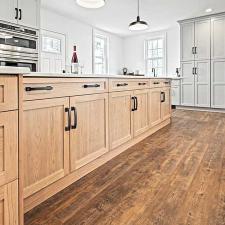 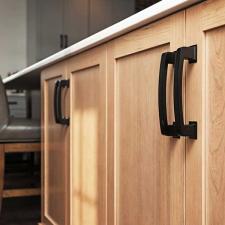 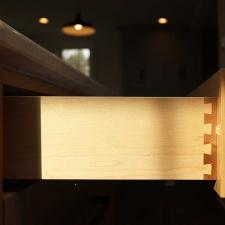 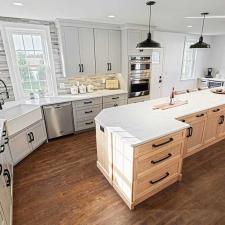 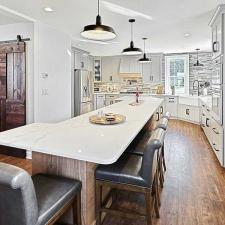 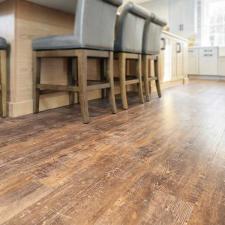 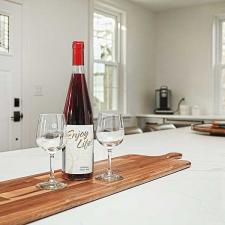 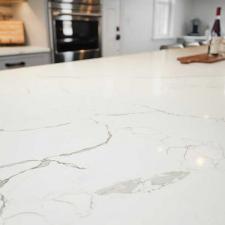 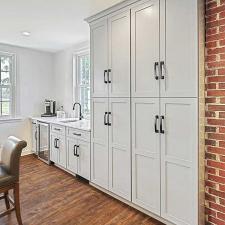 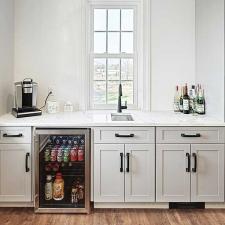 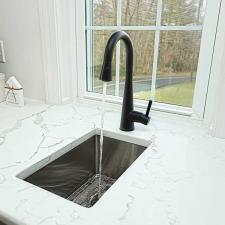 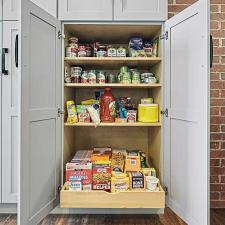 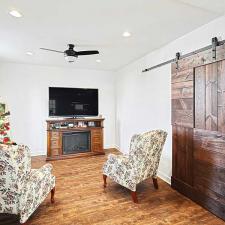 If you are looking for more information about kitchen remodeling in Thomasville then please call 717-244-4711 or complete our online request form.